Common Ground, the central political group created by Senator Jim Hendren, is making a bit of a splash this campaign season by nominating, if not some candidates worthy of being elected, some worthy of defeat.

His email from yesterday highlighted:

Statement by Rep. John Payton that lawmakers don’t have much to do in the budget session except buffer appropriations. Tip: Go to work and go home.

Next, they highlighted the top money-stealer in the Legislature, Republican Rep. Jim Dotson of Bentonville, who is running for the Senate.

Then there is backsliding Senator Bob Ballinger, who is a money grabber leader but unable to pay his own bills. 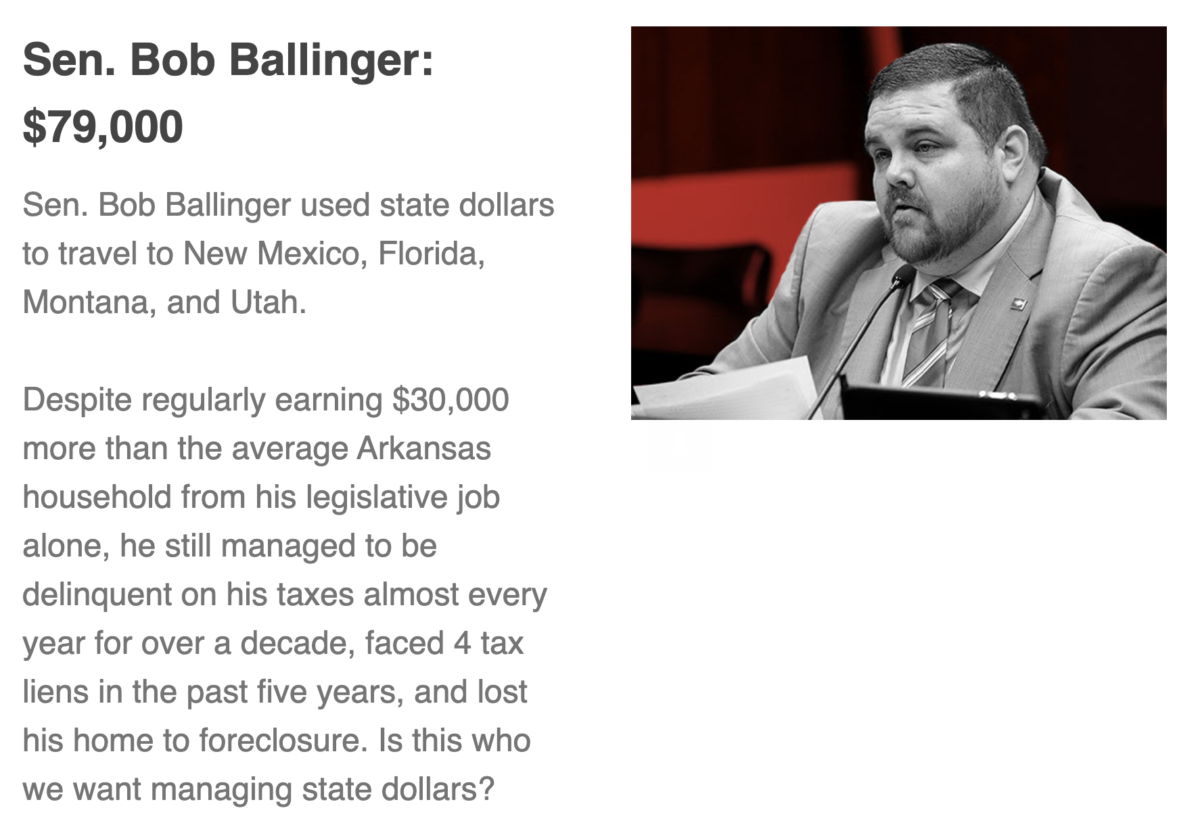 But also: the big cats deserve some credit/blame for the likes of Ballinger.

Just gave Ballinger the max of $2,900 for this campaign. Immediately before and after him on a recent list of contributions were lobbying firms – DBH Consulting, the Bruce Hawkins company that made an appearance in testimony at Gilbert Baker’s bribery trial, as well as one of Hawkins’ lookalike PACs, and Impact management, the Republican influence machine that provided a Gerrymander adviser to legislative redistricting plans that discriminated against blacks. Ballinger also received significant contributions from a local player in the medical marijuana industry (remember how Ballinger’s former legal partner got involved in that regulatory fiasco?) Koch Industries, the tenant-oppressive realtor PAC, and no less than five $1,000 contributions from separate PACs set up by Shelter Insurance. Do you feel funny?